Adriana Lisboa, when literature and poetry live in a sensitive soul 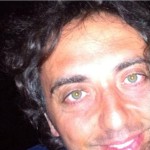 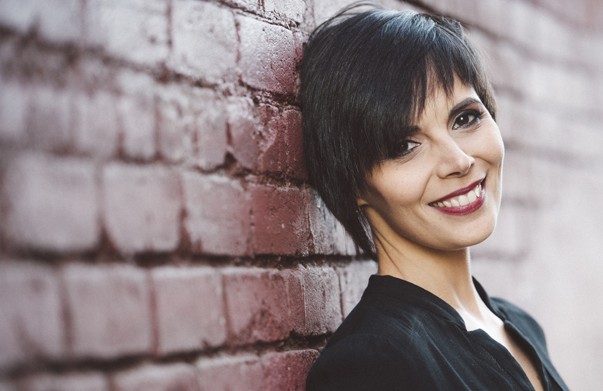 We were honoured to meet the important brazilian writer, one of most interesting voices of the new generation of literature, and to ask her some questions. The love for the nature and a writing style at the same time poetical and visionary: there are the most evident features which join Adriana Lisboa, certainly the brazilian writer most popular actually and one of the most interesting voices of the new literary generation. Born in Rio de Janeiro on 1970, he leaved from Brazil to France – where she lived, treasuring of her musical talent, performing in clubs as jazz singer – then she moved in Usa, where she now lives.
Adriana Lisboa has published twelve books: among theme six novels, a poetry book, a collection of stories, and books for children. Her books were translated in several languages, from english to dutch, from french to italian. She has won several prizes, like the important “José Saramago Award” for her novel “Symphony in White”.
In “Blue crowd” she writes the story of Vanja, twelve, who lives in Rio De Janeiro. After the death of her mother, she goes to Denver, in Colorado, to the house of Fernando, her mother’s ex-husband. In United States, Vanja goes to the quest of her father: it is a route about her roots’ research and her identity.

Your novel “Crow Blue ” is about separation from the homeland, a more stronger trauma for the age of the young protagonist, Vanja. There is something of autobiographical in this?
Not really, even though I have lived abroad for eight years now and have experienced leaving my home country myself. In Vanja’s case, she also lacks a family, and her quest for her father (and perhaps a new family) is also, in a way, a quest for some sort of home. In this sense it is purely fictional. But I have wondered for quite a while now what is it that defines one’s place in the world and one’s sense of home. Therefore, her concerns are also my own, in a broader sense.

Also in “Crow Blue”, you tackle a difficult and sensitive argument like the military dictatorship, which, with its horrors, has indelibly marked a whole generation of Brazilians. With what feeling you have approached to this experience, so delicate and difficult?
The episode of the Araguaia Guerrilla, told in the book, is still somewhat of a taboo in Brazil. It is still surrounded by a lot of mystery. For me, it was a research on a difficult, painful subject, an episode of unbelievable violence that was happening in Brazil at the time of my birth and eary childhood. So it was also a quest for my own history, the hidden history of the society I grew up in.

The story of Vanja is a story of a child who, living in a new reality, goes to the discoveryof new things: the snow, the cold, the cawing of crows. If you go with the mind to your childhood, do you remember what were the discoveries that get in you more emotions?
They’re similiar to Vanja’s, in a way. I was always deeply connected with nature and I remember how amazing it was to discover animals (even insects), plants, trees. I loved to wander around alone in the woods since I was very young, I enjoyed the silence, the hidden mysteries. As a matter of fact, I still do.

And what was the first sensation that you felt when you arrived for the first time in the United States?
My first visit to the US was as a tourist in New York, some tewnty years ago. I was really just curious to see museums, theaters, that kind of thing. Then a decade later I spent a couple of weeks at a Buddhist monastery in the Californian desert; it was a completely different experience in all possible senses. And when I first visited Colorado in 2006, a few months before moving here, I was really impressed by its nature: the Rocky Mountains, the first time I saw snow (like Vanja!), the size of the sky and the distances – even for someone coming from Brazil, everything just seemed endless. Huge. There was so much space and silence.

“Crow Blue” is also a story of differences, of two different lifestyles among two populations, brazilians and americans, belonging to the same continent but so different themselves. According to you, what can Americans teach to Brazilians and vice versa?
Speaking of course in very generic terms, Brazilians could use a bit more of American’s organization, commitment, and reliability. On the other hand, Americans could learn from Brazilians how to be more relaxed, easy-going, and less terrified by physical contact… hugging an American is almost always a very bureaucratic thing! Another your novel, “Hanoi”, is stil about two different cultures, vietnameses and americans. Two populations that, for a period, were in a war that, in different ways, lacerated themselves both. Also today the world is teared by continuous wars. It is so difficult for men to think, to work and to operate for the peace?
I don’t believe in wars. I remember a graffitti I read at an artists’ studio, once: “Bombing for peace is like fucking for virginity.” But we know wars are fueled by economic interests, they’re all about power and influence, so peace always sounds like a very utopian and even naïf kind of dream. In our world, it doesn’t seem achievable. A revolution in our ethics would be needed first, in my opinion: the ethics of how we relate to the other (people, culture, religion, class, sex etc) and the natural world itself (and its finite resources).

In Italy your novels are very appreciated. What do you love about Italy, and what don’t you love?
Italy is, among all the countries I’ve visited, the one that seems closest to Brazil, in terms of how people behave, their “spirit,” so to speak. Of course, Italians will be different according to the part of the country, as will Brazilians, but I’m speaking here in very generic terms. I adore the Italian language, I’m always mind blown by the monuments of its history and of course its art, music and literature. It’s such a beautiful and culturally rich country. Sometimes I find much of the Brazilian “mess” in Italy too – it can feel natural and relaxed, but it can be a nuisance as well, just like in Brazil.

Everyday news are full of episoeds of violence that often involve chilren. What our society of adults can do to protect who is little and helpless?
People suffer and they perpetuate suffering making others suffer. I think, again, of an ethical revolution, through which we would need to rethink our relationship not only with children but with the elder, with animals (that are often times also helpless in our hands) etc. We can be quite arrogant. This can only change in a significant way, in my opinion, with a lot of thought, discussion, and serious ethical reflexions, that could make us come closer to a world committed to equanimity. Have you ever think to a film adaption of “Crow Blue” novel?
My agent in the United States is actually working on something, but so far we have no big news. Things in the film industry can take a really long time, I guess.

In your literary production there is placed also for poetry. What are poets who have mostly influenced you?
Mostly Brazilian poets, like Manuel Bandeira, Carlos Drummond de Andrade, and new names there like Mariana Ianelli. But also contemporary Americans that I’ve been reading a lot, like W. S. Merwin, or classics like Emily Dickinson.

In your past there is a very good musucal experience ad jazz singer. Do you miss it?
In a way, I do. I love literature more, but it’s a lot of fun to work with music. The experience of playing with others. I’ve always loved that. But I don’t like the stage, so that was a problem, too. I still play a little acoustic guitar for myself, without any expectations – and to have no expectations can be wonderful!

What are your next projects? A new novel book? About what?
I am working on a new novel since February, this time not about expat Brazilians away from home but about someone who goes back to his hometown (in this case, Rio) after decades, and what he can still find there. I thing my themes are still present – displacement, love, friendship, and the fragility of life itself. I’m also working on a new poetry book, and painting a lot – it’s my new passion!

Any cookies that may not be particularly necessary for the website to function and is used specifically to collect user personal data via analytics, ads, other embedded contents are termed as non-necessary cookies. It is mandatory to procure user consent prior to running these cookies on your website.